Hydrogen: The challenges and opportunities for manufacturers 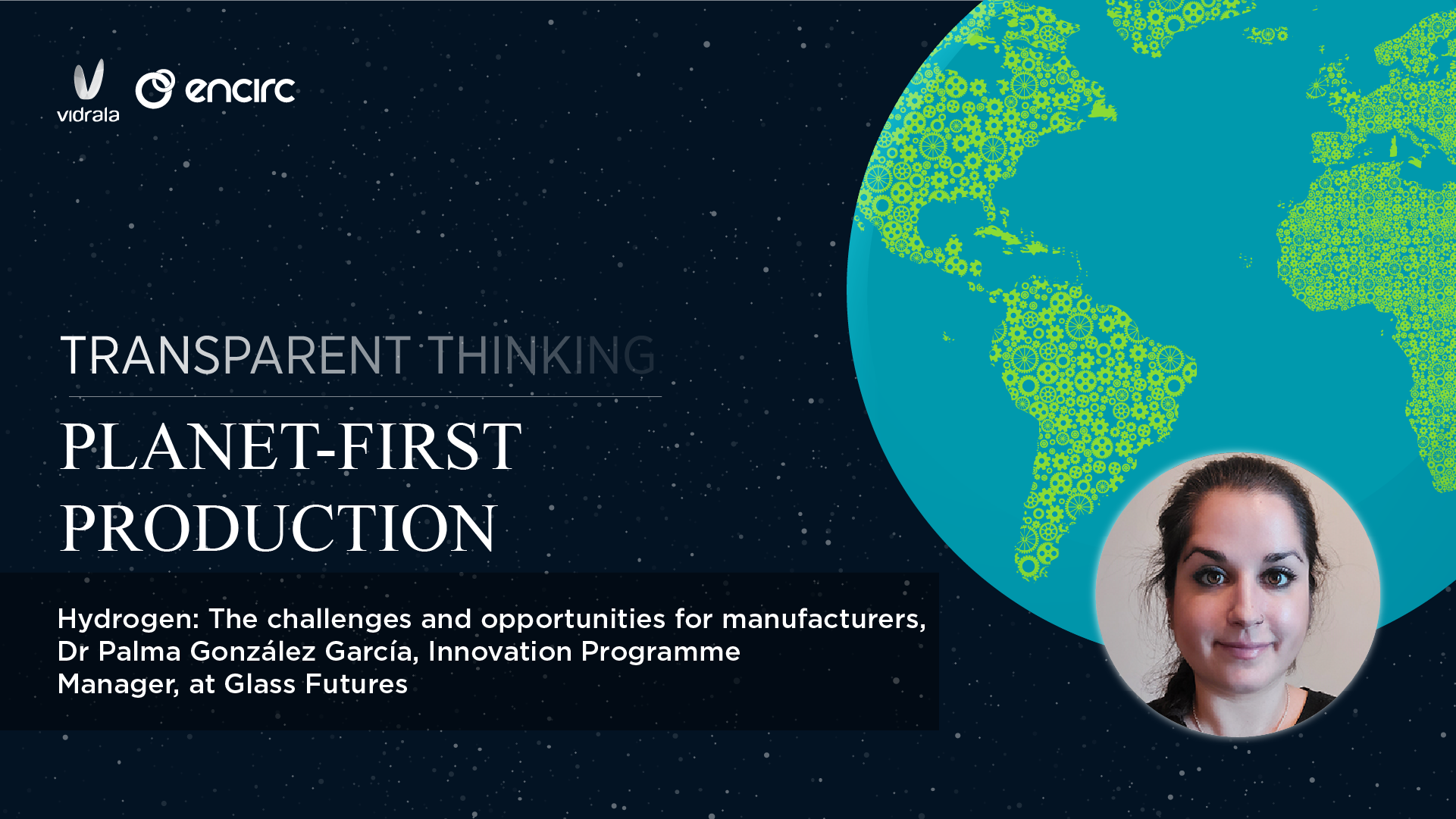 Can you imagine a world free of harmful emissions, with a green transport network and a completely decarbonised industry? It’s a belief of Glass Futures that, while this may sound utopian, it is certainly possible. Here, Innovation Programme Manager, Dr Palma González García, explains how education and industry can collaborate to bring forward innovative technology like green hydrogen for a cleaner, greener future.

One of the most abundant molecules and in my opinion, the greatest in the universe, is hydrogen. Despite its ample use, it cannot be found on its own in Earth’s atmosphere and therefore, we have to produce it. At present, over 95% of the world’s hydrogen is produced using Steam Methane Reformation (SMR), a process in which methane from natural gas is heated with steam, usually with a catalyst, to produce a mixture of carbon monoxide and hydrogen. A subsequent reaction then creates additional steam with carbon monoxide to produce additional hydrogen and carbon dioxide as a by-product. The carbon is either emitted into the atmosphere or requires carbon capture and storage technologies, meaning SMR is not a suitable solution for making hydrogen, as it does not support the race to net-zero.

Carbon capture and storage is a temporary solution that will decarbonise the production of hydrogen and other emissions. However, I believe the appropriate solution for carbon-free power of the future is green hydrogen. The production of green hydrogen uses renewable energy and electrolysis to split water, meaning zero emissions and a cleaner environment.

The UK Government recently established an 80% carbon reduction target by 2035, in order to reach net zero by 2050. The new target means we must develop the technology much faster, posing the question, how will industry adapt? Policy and economic forces are converging to create unprecedented momentum in the hydrogen sector, paving the way for fast deployment of, and investment in, hydrogen technologies. There are several drivers and indicators for this propulsion; the renewed interest in hydrogen is due to a dedicated push in limiting carbon emissions, and falling costs of renewables and hydrogen technologies. There has been an 80% decrease in global average renewable energy prices since 2010 and the growth in electrolysis capacity by 2025 will be 55 times larger when compared to 2015.

A clear indication of hydrogen’s growing momentum is exhibited in this strategic push by Governments with national roadmaps, promoting further industry alliances to maintain and support such growth. More than thirty major investments in low-carbon or renewable hydrogen have been announced globally since 2017, seeing inclusion from new sectors such as heavy-duty rail and steel production, as well as a 70% share of global gross domestic products (GDP) linked to hydrogen in country roadmaps to date.

Working to overcome the obstacles

The challenge with green hydrogen is that it is still being developed, and the technology to produce it is still being established. There are several types of water electrolysers, one being Proton Membrane Electrolysers (PME), which use expensive materials such as platinum and titanium. Another, Solid Oxide Electrolysers (SOE), have difficult operating conditions, and the high temperatures found in this system are difficult to maintain.

These factors make green hydrogen expensive, but, sure enough, new technologies are emerging. Membrane-free water electrolysers are capable of producing high-purity hydrogen by cryogenic distillation of oxygen, and we can expect the technology readiness level of green hydrogen electrolysers to improve in a matter of years. Hydrogen is one of the most versatile energy vectors, and the opportunities it offers are immense. With continued education and technological development, we can foresee green manufacturing and, what’s more, full decarbonisation, emerging with this flame of the future.

Another hurdle to overcome is the extensive fear of hydrogen, simply due to its flammable nature. This perception of hydrogen can be dangerous and extremely limiting. Think back to a time when gasoline cars were invented; people were afraid of them, because gasoline is flammable. Now think of the present – when you’re driving your car do you consider the explosive mixture in your fuel tank? It is the same with hydrogen. If handled with care, suitable education and positive change; hydrogen is safe.

Looking to the future

The biggest driver of cost reduction for hydrogen production and distribution systems is scale-up. This will massively decrease the cost before any additional impact from technological breakthroughs is considered. The 2020 “Path to hydrogen competitiveness – A cost perspective” report by the Hydrogen Council states that the cost of low-carbon and/or renewable hydrogen production will fall drastically by up to 60% over the coming decade. This reduction is attributed to the falling costs of renewable electricity generation, scaling up of the electrolyser manufacturing, and development of lower-cost carbon storage facilities. Advancing existing hydrogen technologies will deliver competitive low-carbon solutions across a wide range of applications by 2030, from commercial vehicles to industrial feedstock. To reach this scale, however, there is a need for investment, policy alignment and demand creation.

At Glass Futures, we’re working with leading businesses like Encirc to look at the future of green hydrogen in the glass sector. Together, we’re exploring the possibilities of low carbon furnaces and the wider potential of hydrogen in increasing the glass industry’s environmental credentials.

It is no secret that the glass sector is a large contributor to carbon emissions because of its use of fossil fuels, like natural gas. The path to a clean, green future will be to reduce carbon intensity for the glass melting and heating process, by replacing natural gas with hydrogen. This use of hydrogen in glass-making is precisely how we can establish a route to a clean glass industry. Let’s embrace this challenge together! 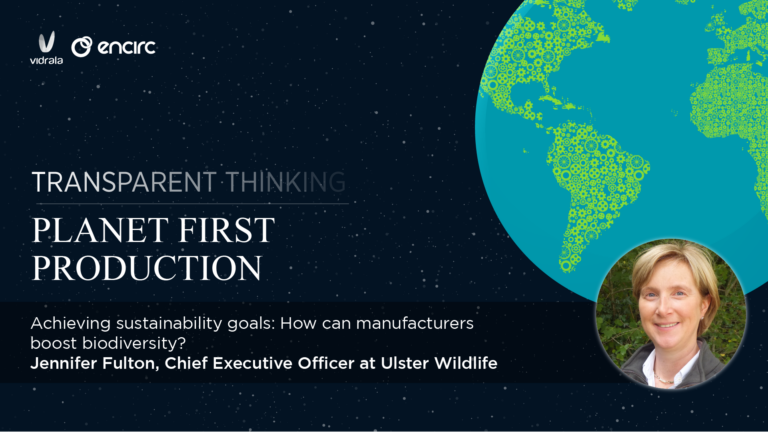 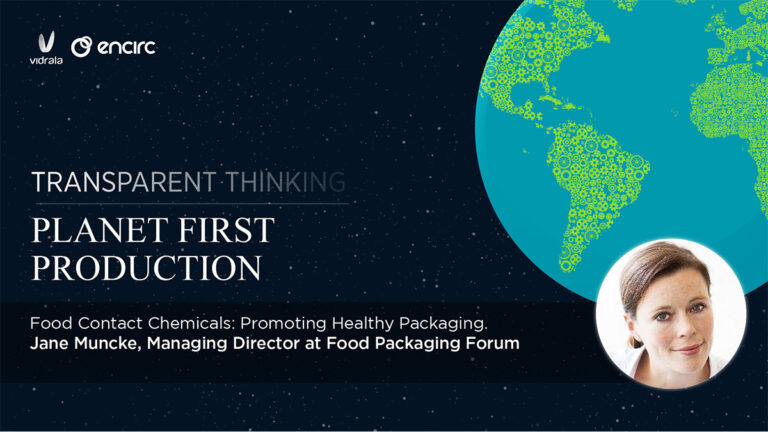