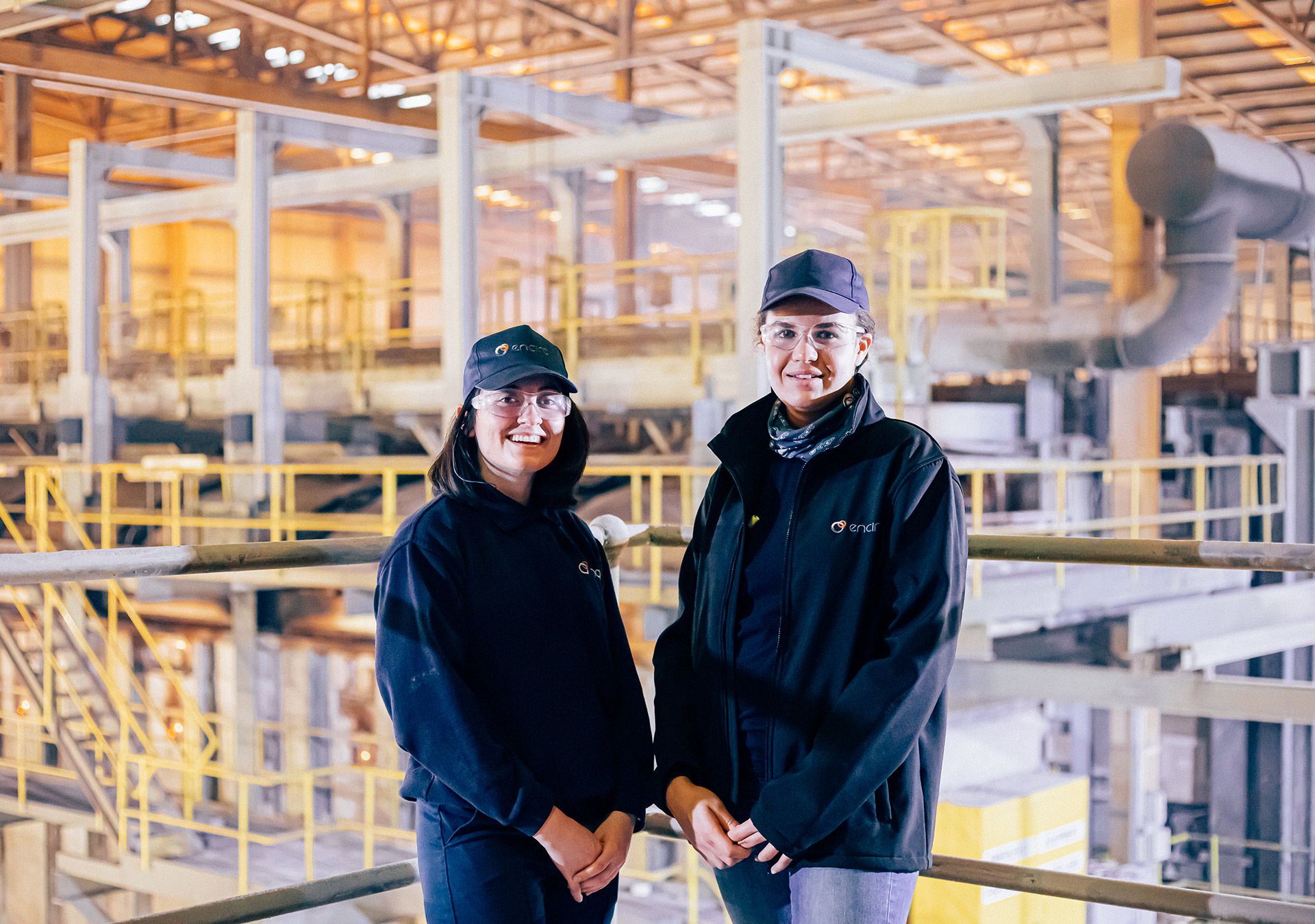 Two of Encirc’s batch and furnace leaders have been recognised as young pioneers within the glass industry.

Erin Miller picked up the Rising Star award at this year’s Glass Focus Awards by British Glass, while Lara Edison won a place in The Manufacturer Magazine’s coveted Top 100 list.

Lara Edison, aged 27, Encirc’s Batch and Furnace Supervisor, has seen a swift rise in the industry. From joining Encirc on a graduate programme and getting her first job as Graduate Engineer in 2017, Lara has been promoted to her current position in which she is responsible six furnaces across Encirc’s three sites in England, Northern Ireland and Italy.

Lara is also playing a leading role on the Glass Futures fuel-switching trial, where one of Encirc’s furnaces in its Derrylin, NI site is set to be run on bio-diesel and 95% recycled glass, to create the world’s most sustainable glass bottles.

Erin Miller (25) has recently been promoted to Batch and Furnace Manager at Encirc’s Elton, UK site. Like Lara, Erin also joined Encirc as a graduate engineer, before working on a placement for Glass Futures on the fuel-switching project.

She contributed invaluable research towards this project through a report on bio-diesel by comparing the behaviours of the fuel to diesel. Her involvement significantly supported the initiation and progress of this world-first scheme.

After returning to Encirc, Erin took up new role in which she manages the two furnaces at Encirc’s Elton site. Both furnaces are the largest of their kind in the world.

To find out more about how we support careers at Encirc, click here. To read about our new 900 tonne per day record-breaking furnace, click here.