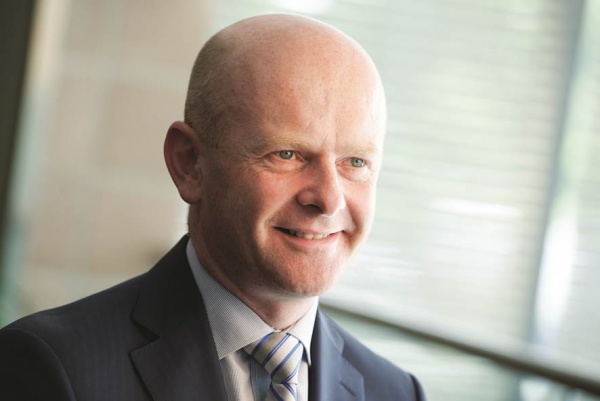 Adrian Curry, managing director of Encirc, has been appointed president of British Glass for a two year term. Effective from 1st January 2017, the appointment will see Adrian join the organisation’s board and work with his industry colleagues to raise the profile of the industry as a whole.

Adrian was elected to the position at the British Glass AGM. He will take over from Davia Walmsley, the creative director at Daedalion Glass Studios, who was the first female president of the association in its 100 year history.

British Glass is the industry’s trade association, representing manufacturers at a national, European and international level. Its primary aim is to promote the benefits of glass as a material and ensuring the industry remains a competitive force and at the forefront of innovation. It also offers guidance and support to not only British glass manufacturers, but the entire supply chain, from initial design to end-product.

Accepting the role Adrian said: “It is a great honour to be elected to the position of president of British Glass. I am looking forward to working closely with the board to promote the endless possibilities of glass as a material.

“A key focus of my term will be driving the industry to become more sustainable, and in particular meeting the commitment to the Government’s Industrial Decarbonisation & Energy Efficiency Roadmap. The aim of an 80 per cent carbon reduction by 2050 is achievable, and some manufacturers, including Encirc, are already setting an example for other industries to follow.”
Dave Dalton, chief executive of British Glass said: “We are delighted to welcome Encirc managing director, Adrian Curry, as the new president of British Glass. With his strong and visible commitment to the glass industry, I’m sure Adrian will be a tremendous emissary and steadying influence for the world of glass manufacturing in what promises to be a very exciting time of global changes.”

Adrian helped establish Encirc’s first manufacturing plant in Derrylin, Co Fermanagh in 1998. In 2004 he was appointed managing director, and last year oversaw the company’s acquisition by the Vidrala Group.

Earlier this month, Adrian spoke at an event in Seville, Spain, organised by the Fundación San Telmo, an international business leadership and education institute. His presentation on sustainable manufacturing was delivered to an audience of over 2,000 and broadcast on Spanish national TV and radio. The event, opened by Felipe VI, King of Spain, was attended by over 9,000 of the foundation’s alumni.